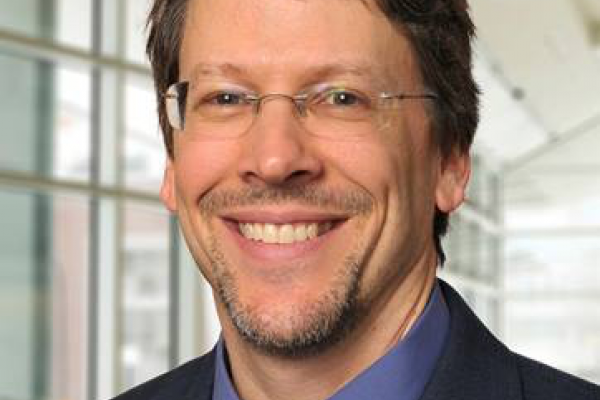 Phillip Popovich has been on Ohio State faculty since 1999

By: Serena Smith
Published on June 04, 2018
COLUMBUS, Ohio – The Ohio State University Wexner Medical Center has appointed Phillip Popovich as chair of the Department of Neuroscience. He assumed the position June 1, after serving as interim chair since February.
“Ohio State is a national leader in neuroscience research and, under the leadership of Phil Popovich, we’ll continue to pioneer life-altering health care discoveries,” said Dr. K. Craig Kent, dean of The Ohio State University College of Medicine. “As outlined in the university’s strategic plan, we’re committed to recruiting and retaining the brightest minds to help us become a top-20 academic medical center and Phil is one of the best.”
Popovich is an internationally renowned neurosciences researcher whose groundbreaking work has advanced the fields of neurotrauma and neuroimmunology. His innovative discoveries have made neuroinflammation among the most active areas of research in spinal cord injury laboratories throughout the world. Popovich has published more than 125 peer-reviewed articles in top-tier journals including Nature Medicine, Cell, The Journal of Clinical Investigation, The Journal of Neuroscience, Nature Reviews Neuroscience, Nature Neuroscience and Experimental Neurology.
“I’m fortunate to step into a leadership position in a department with outstanding faculty and staff,” Popovich said. “As the university invests in basic science research, my goal is for Ohio State to become a hub for discovery and translational neuroscience research and education that attracts the brightest talent in our field.”
Popovich’s distinguished career at The Ohio State University began in 1990. Since his appointment to the faculty in 1999, he’s been continuously funded by the National Institutes of Health and generated more than $50M in extramural research funding. During his time as interim chair, Popovich was actively involved in helping design the Research Strategic Plan for the College of Medicine and in developing the Areas of Concentration for the Neurological Institute.
Popovich earned his master’s degree and doctorate in physiology at The Ohio State University. He completed his bachelor’s degree in biology at Penn State University. He’s a Fellow of the American Association for the Advancement of Science (AAAS) and a member of the Faculty of 1000, an international consortium of invited senior scientists who review and recommend notable research publications in all areas of biology and medicine. He also serves on or chairs several national and international advisory boards and research foundations, including the Craig H. Neilsen Foundation, Mission Connect and Unite to Fight Paralysis.
Link to original article
Share on Social Media